Got one to sell? 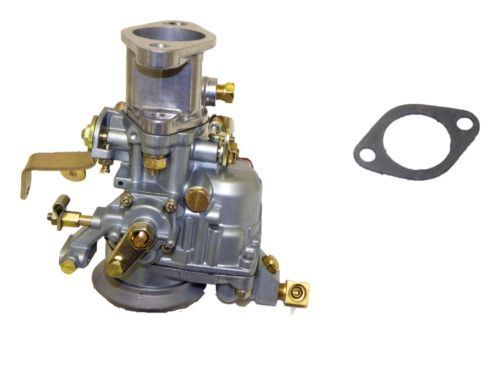 When off-road enthusiasts think of classic Jeeps, a model like the Jeep CJ5, also known as "the Willys," often comes to mind. Born from the trend toward rugged individualism of the mid-1950s auto industry and ending production in 1984, the timeless CJ5 had the longest run of any vehicle from the J series, and it deserves impeccable maintenance and quality restoration parts. You can keep your Jeeps engine purring long into the future with replacement components like carburetors.

What type of carburetor works with the Jeep CJ5?

That depends on the model year your Jeep was manufactured. Due to the engine size, short hood length, and smaller wheelbase, the earlier Jeep CJ5s used a four-cylinder engine that only required a one-barrel carburetor. Changes in the CJ5s motor size and design eventually made the two-barrel carburetor available as an option beginning in 1967. It became a standard feature by 1979, and a four-barrel carburetor was introduced to the series in 1980.

Are the transmission or motor a factor when installing carburetors?

The Jeep CJ5 offered both three-speed and four-speed manual transmissions, but those had no effect on the need for power or performance under the hood. Before fuel-injectors, motors were naturally aspirated. Without the right carburetor, air flow is restricted and your motor will never be optimized. The motor must be large enough to handle the amount of air flow determined by the bore of the carburetor, and the carburetor must have enough capacity to power the motor. To determine the number of barrels youll need in your Jeep, these three things need to be considered:

How important is it to tune the carburetor?

Since controlling the free flow air is the carburetors main function, its important to eliminate anything that constricts or inhibits that function, and that mostly relates to cleaning. Tuning means altering or adjusting the carburetor to the purpose of the vehicle. Vintage vehicles with the original carburetor may also need to add vacuum hookups to the PCV and EGR valves in order to control emissions. The number and type of modifications depends on the type and purpose of the car or truck. Race cars, for example, need more extensive modifications. Basic tuning mechanisms can be performed with a standard screwdriver and include the following tasks:

What are signs that your Jeep’s carburetor is bad?

Symptoms of a faulty carburetor may include the following: