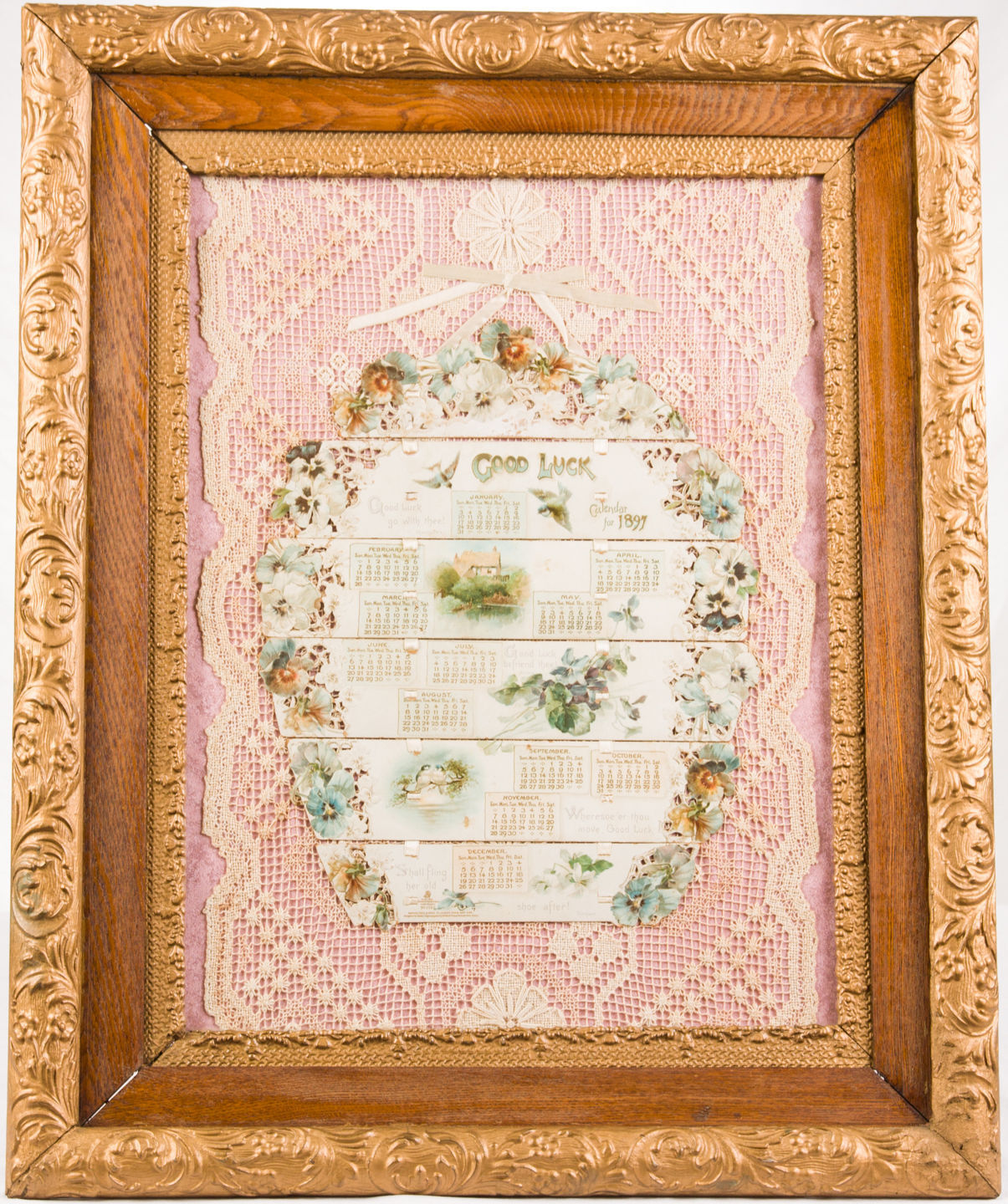 Named after the United Kingdom’s Queen Victoria, the Victorian period lasted throughout her reign from 1837 to 1901. Her reign was so long that Victorian style could be separated into groups such as Victorian classic, Eastlake, Gothic, cottage, Oriental, Renaissance, and rococo. Many antiques from the period reflect these styles.

What are hair wreaths?

Hair wreaths were used as part of a Victorian mourning practice. Although people had been saving the hair of dead loved ones for millennia, it became a real art form in the Victorian era in the form of wreaths, jewelry, and other keepsakes. Indeed, sometimes the hair collected from entire families would be made into a wreath.

What is a guilloche?

A guilloche is a motif that was popular during the Victorian era. It is a band or border of circles that either overlap or interlace. It’s mostly found on Victorian antique furniture and architecture but is also seen in jewelry.

What is a chatelaine?

A chatelaine is a clasp that was worn by the lady of a Victorian house. It was fitted with chains that held keys, thimbles and other needful things for the home. Some antique chatelaines could be very ornate. These antique pieces could be made of precious metal and decorated with enameling and beadwork

Art Nouveau style was popular between 1890 and 1910, so it can be considered Victorian antique. It utilized flat patterns of twining, naturalistic plant forms and was influenced by both Gothic and Japanese art.

What is a dresser box?

An antique dresser box contained items a person needed to perform their morning toilette, including combs and powders. They often had small, interior mirrors. They could also be used as jewelry boxes and could be fantastically ornate. There are dresser boxes made of silver gilt or gold, crystal, art glass, mother-of-pearl, leather, porcelain or French ivory and decorated with diamonds and other gemstones.

What are carpet balls and what do they do?

Carpet balls are ceramic or stoneware balls that are often decorated with a plaid or bullseye pattern. They originated in Scotland, where people used to play a game that was similar to bocce. The difference was that this game was played indoors and on a carpet, which gave the balls their name. Antique carpet balls can also be used in an exclusively decorative way.

What are some types of Victorian antique dinnerware?