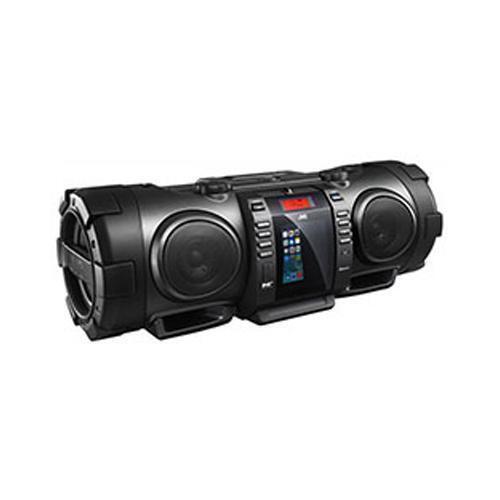 Listen to Your Favorite Music Anywhere with a JVC Boombox

Old school lives forever when you head to the park or lie on the beach or even while doing yard work when you take a JVC boombox with you. eBay preserves the vintage portable stereo concept through its wide selection of affordable JVC models. Play music through the built-in speakers and crank up the volume.

What are the audio sources on a vintage JVC boombox?

Sources refer to where the audio emanates from. With a boombox, the sources are internal. That is, they are built inside the box. Depending on the type of boombox, connecting an external device might be possible. Generally, the traditional audio sources present in a vintage boombox are the following:

What is the purpose of a CD changer?

Many MP3-based audio players can store hundreds of hours of music onto an internal drive. During the JVC boombox era, listeners were restricted to the finite material stored on a compact disk and a cassette tape. With a multiple CD changer, boombox and stereo owners stored more than one compact disk inside the device. A "Three CD Changer" housed up to three compact disks. Users could also program the device to jump from track to track on different CDs.

How is a JVC boombox powered?

Not everyone realizes a boombox can plug into a wall with a power cord. A detachable cord connects to the device and then into a wall outlet. Boomboxes often come with a small internal storage space to place the rolled-up cord. Portable JVC boomboxes do require batteries to power them when you lack access to an electrical outlet or you dont have the plug-in cord available. The number of necessary batteries may vary depending upon the specific model. Generally, a boombox relies on oversized D-Cell batteries. Upwards of six batteries might be needed to power the unit.

Are there digital-audio capable versions of JVC boomboxes?

JVC did release boomboxes capable of playing digital audio files such as MP3. The JVC Kaboom boombox model also plays the original vintage sources such as FM/AM radio, compact disks, and analog audio cassettes. The Kaboom model offers inputs for guitars and microphones, as well. JVC boombox models may also connect to other audio sources through a Bluetooth stream. Review features carefully to determine full capabilities. Whether looking for a vintage or digital boombox, buyers can find an appropriate model on eBay.

Content provided for informational purposes only. eBay is not affiliated with or endorsed by JVC.