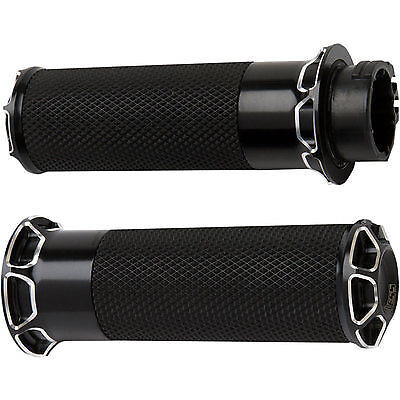 Arlen Ness is a motorcycle designer and entrepreneur who has received several awards year after year for his work. His company of the same name makes model parts for Harley-Davidson, Victory, and Indian motorcycles. Arlen Ness motorcycle parts are designed to improve performance and enable motorcycle owners to select and customize the looks of their motorcycles.

What is the Arlen Ness Big Shot?

The Big Shot is an adjustable fuel tuner. The advantage of using a fuel tuner means that the exact amount of fuel is delivered to the engine at every RPM. This means that less fuel is wasted, and the engine performs better. The Big Shot is a patented part from Arlen Ness and is meant to be installed and used as a standalone system without the need for an additional computer.

How does an Arlen Ness Big Sucker air cleaner work?

Air cleaners on motorcycles work similarly to those on cars. They filter the air that mixes with fuel. The Arlen Ness Big Sucker air cleaner is engineered to provide maximum airflow to the engine, which increases horsepower, torque, and overall performance. Testing has shown horsepower gains of around 20% after adding a Big Sucker kit to a V-twin.

What are the benefits of adding floorboards?

Floorboards offer practical and aesthetic benefits, but the option to add them is up to the style of the rider. They are a footrest option that offer a significant amount of surface area, which makes resting the foot for long stretches of uninterrupted riding comfortable. They are also an aesthetic part choice. Arlen Ness makes floorboards in several options from understated solid black to various chrome designs.

What is the purpose of covers?

Regarding motorcycle accessories, they are typically metal pieces installed onto exposed parts of the motorcycle. Different parts like cam covers or gas caps also make up much of a motorcycles looks. Arlen Ness makes these parts in various matching finishes as well as patterns such as flames, which allow owners to switch out and customize their bikes. The covers do not have to match, but many of the same patterns and finishes are available in different covers to allow styling coordination.

Will exhaust tips change the sound of the pipes?

They are primarily a style choice, but anything that provides additional reverberation surface may change the way the motorcycle sounds. Arlen Ness makes tips for Indian, Victory, and Harley-Davidson motorcycles.

For which motorcycles does Arlen Ness make pipes?

Harley-Davidson is currently the only model that may receive pipes from Arlen Ness. However, Arlen Ness does make the Big Honker slip-on mufflers for Victory. Pipes are available for the Sportster, Softail, Dyna, and Touring families of Harley motorcycles with several finish options. These are usually black or chrome, and performance options are available within each of those families.

Content provided for informational purposes only. eBay is not affiliated with or endorsed by Arlen Ness.