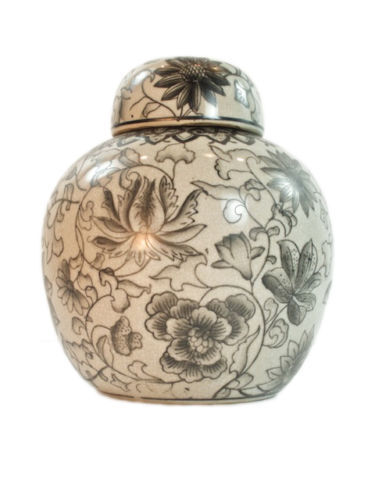 Whether you are decorating your home with antiques or looking for a gift for the hard to buy for person in your life, it helps to know a little bit about the history of ceramics in trade when dating the antiques you are picking for your home. The production of ceramics is one of humanitys first industries, dating back at least 26,000 years in hunter-gather societies, and adding a piece to your home adds part of a tradition as long as civilization itself.

What is the History of Porcelain in Chinese Ceramics?

High-fired white pottery, or porcelain, developed in China as early as the Shang Dynasty (1600 to 1046 BC), with refinements from the Han Dynasty (206 BC to 220 AD). The characteristics of whiteness and translucency added to the look by the late Sui and early Tang dynasties (581 to 618 AD and 618 to 907 AD). The exports of porcelain to Europe that heavily influenced local production of pottery and art there began in the Ming Dynasty, and the region that had the greatest influence was Jingdezhen.

How Can I Incorporate Antique Chinoiserie into My Decor?

Adding porcelain jars to your home with attention to design motifs and color can make a huge difference in how these pieces can integrate with modern or classical settings. For example, a canister on your kitchen countertop featuring the classical blue and white flower designs in Chinese pottery can serve as a cookie jar or even hold simple dry ingredients. Consider the following elements and how they might affect the decorative function in each of your living spaces.